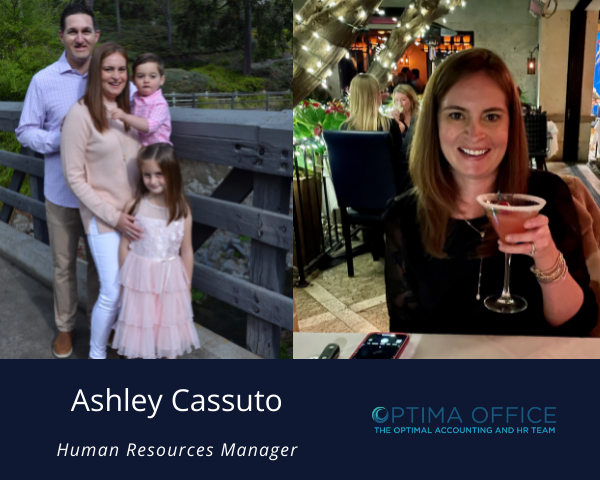 Ashley Cassuto is a Human Resource Manager for Optima Office. Born and raised in Scottsdale, Arizona, Ashley attended school at Northern Arizona University (NAU) and received her degree in Hotel & Restaurant Management. Now, she lives in Orange County and works “very part-time,” cherishing the flexibility that Optima provides her to both prioritize spending time with her family and maintaining a career as an HR professional.

Ashley first discovered her passion for HR in high school, when a guest speaker shared his experience in HR in the hospitality industry.. That same speaker later hired her to work at a resort in the HR department. Ashley was 16 years old, and says she was lucky to have found what she wanted to do for the rest of her career. After college, Ashley was recruited by Marriott International and worked for the Marriott & The Ritz-Carlton Hotel company for 10 years. Later, she moved to the consulting industry, allowing her to continue an HR career while also having more balance in her family life.

In her role at Optima, Ashley primarily onboards new team members. She loves being one of the first faces that a new hire meets, and treasures getting to help them set up for success with their new job.

Ashley and her husband will celebrate their 11-year wedding anniversary this August. The couple loves living in Southern California, and they have two small children. Their son, Eli, recently turned two, and Ashley describes him as a bundle of fun with endless energy and a love for riding his scooter. Their six-year-old daughter, Chloe, recently graduated from Kindergarten and attends a Spanish Immersion Elementary school, which Ashley says has been a fun learning experience for the entire family. Ashley’s favorite vacation spot is Hawaii, and she looks forward to returning soon with her family.

In her free time, Ashley loves to watch TV with her husband: especially throughout COVID, she says, they were able to escape into the reality of Netflix.  Some of their favorite shows are Ozarks, Goliath, Shameless, Bosch, and many more. They are currently deep into binge-watching Queen of the South, but if you have any suggestions, Ashley requests that you email them to her!

Ashley’s most recent professional accomplishment was being published in the Society of Human Resources for an article submission she wrote for Optima Office. On a daily basis, she finds peace and inspiration through living by her favorite quote: “It is what it is.” 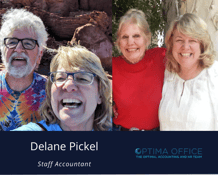 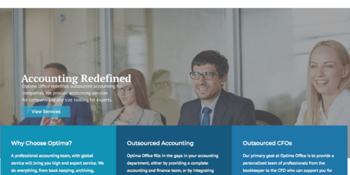