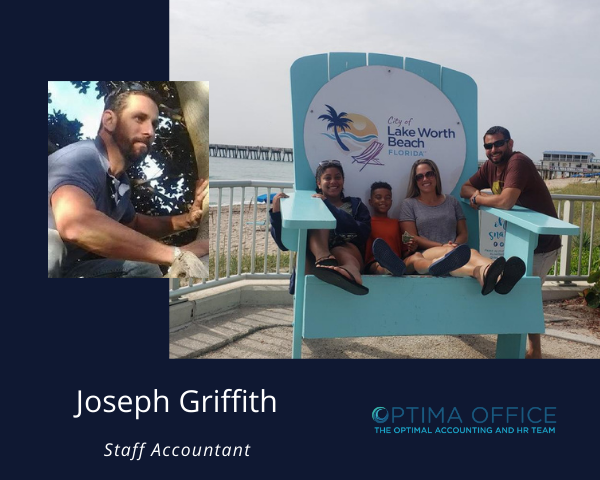 Joseph Griffith was born in Arkansas but raised in East San Diego County. He grew up and went to school in Lakeside, where he played baseball and surfed. He then received a BS in Accounting from the University of Phoenix and while Joseph says he does not like school, he loves to learn.

Joseph met his wife in 2016, and the couple was married two years later. Their family enjoys travel, staying active and spending time outside by backpacking and camping. Joseph says backpacking and camping gives his family a break, allowing them to reset their minds and spend quality time without distractions. Last year, Joseph picked up gardening as a hobby, and he loves how digging, planting, and growing gives him an opportunity to get his hands in the dirt. He is also developing woodworking skills: his family has made shelves, tables, nightstands, and concrete tables for their home. Their dream is to move to the south or Midwest, buy some land, and have a homestead.

The only industry Joseph has worked in besides accounting is the swimming pool industry, in which he began working at the age of 19 and remained for over 17 years. He started cleaning pools before being given opportunities to develop skills as an equipment repair tech. Eventually, he started his own service and repair company, which then shifted into a repair and remodel company. Joseph remodeled swimming pools for 4 years before giving that a rest, and worked in accounting from 2012-13 for a CPA and as a bookkeeper for a contractor in San Diego. He got back into swimming pools (and left that job just last year) because he likes to get his hands dirty, and San Diego is not a bad place to work outside.

Joseph says he is very appreciative of the opportunities Optima provides him. After finishing his degree last year, he was not sure how soon he would try to get into accounting, but has been learning a lot with Optima ever since. Of his experience so far, Joseph says, “Being able to work on multiple projects with different managers who have different styles and perspectives on projects is giving me a great opportunity to learn and glean from experienced professionals.”

I grew up in different areas around the U.S. due to my parent’s military service, but most of my... 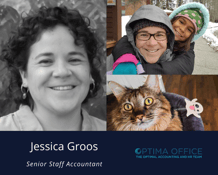