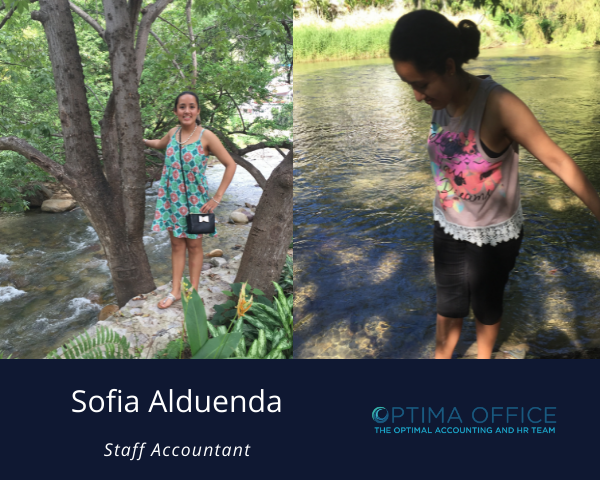 Sofia Alduenda was born in Tijuana but was raised in San Diego with her mother and two older brothers. She has always looked up to her brothers, who studied Economics and Accounting respectively, which lead her down the business major path. Sofia graduated from Southwestern College with Associate degrees in Business Administration, Accounting, and Economics, and is currently finishing her bachelor’s degree in Business Administration at San Diego State University.

After graduating from Southwestern College, Sofia found her first accounting position at Optima Office. Before Optima, she worked on administrative tasks at her college’s library and volunteered during festivals at the Japanese Friendship Garden in Balboa Park. Now, she plays the role of a staff associate. Most of her day-to-day work at Optima consists of entering AP and AR as well as maintaining records and assisting with the bank reconciliation process. She has worked with clients in food service, sales, interior design, and nonprofits. The opportunity to learn about many different industries is Sofia’s favorite part of working at Optima, and she believes that the same tasks have their own nuances when working in different industries.

From a young age, Sofia always expressed an interest in animation. Even now, she does her best to keep up with the latest trends and largest animated shows from multiple countries. Sofia says that media from other countries plays a large part in understanding their culture, which is another big interest of hers. “There are so many foods, music, art, and traditions that many of us have never heard of,” she says, “and I want to learn more about them.”

Professionally, Sofia hopes to continue assisting a large variety of clients to satisfy both her own curiosity about the ins and outs of various industries and her love for helping other people. After finishing her degree, she will begin a path toward becoming an accounting manager and potentially going to grad school.

Sofia tries to live by three important standards: Curiosity, Optimism, and Dependability (C.O.D). This, she says, requires a curiosity toward the unknown, hope for the future, and enough strength and knowledge for others to depend on you. Sofia loves working with clients and seeing their progress: knowing that she has played a part in assisting their financial growth makes her feel happy. 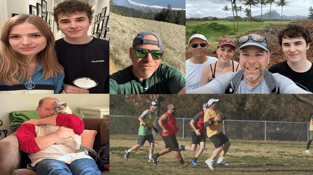 Dore was born and raised in NYC and left NY to attend college at Washington University in Saint...

Jennifer Barnes, CEO and Founder of Optima Office is one of the most successful and recognized...
Read more