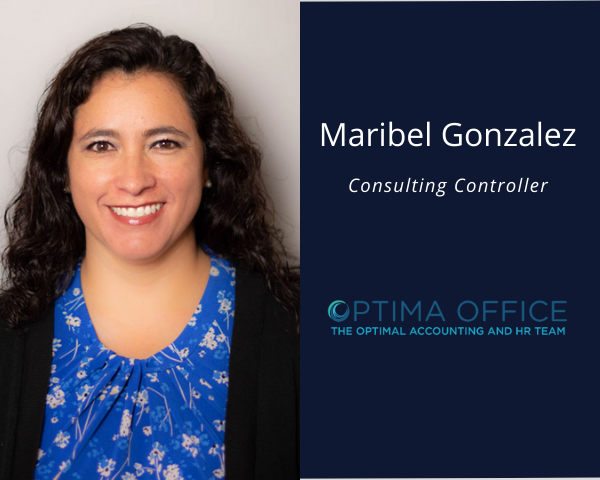 Maribel was born in central Mexico and moved to the U.S. when she was about one year old.  Her family settled in Escondido where she grew up, got married and still lives.  Knowing that her parents made the ultimate sacrifice by leaving their family in Mexico to pursue a better life in the U.S. motivated Maribel to do well in school and apply to college.  She was the first one in her family to attend college.  She went to the University of San Diego and received a Bachelor’s degree in Accounting.

As a young child, Maribel helped her parents translate documents or bills since they did not speak English (Maribel is bilingual in English and Spanish).  She became their “business administrator” and enjoyed helping her parents, which led to her decision of becoming an accountant.

With her Libra zodiac sign, Maribel likes to “balance” things out, so it seemed fitting for her to become an accountant! After graduating from the University of San Diego, she worked with Deloitte and Touche for about 5 years where she worked in various industries, but mainly in maquiladora manufacturing companies that had manufacturing operations in Tijuana.  Maribel was able to use her Spanish skills with the Tijuana employees.  After leaving Deloitte, she worked in various roles such as Accounting Manager, Controller, and Senior Finance Manager roles, in the biotech, pharmaceutical, and medical devices industries.  Right before coming to Optima Maribel was the Senior Finance Manager for Medtronics’ Neurovascular Operations division out of Irvine, CA.

Maribel started working at Optima Office in February 2019 as a Consulting Controller.  She has clients in various industries such as businesses with inventory, interior design, professional services, and IT services. Her favorite part of working at Optima is being able to work closely with business owners/management and providing them with relevant and reliable information to help them make decisions. Most recently at Optima, Maribel has been promoted to Director of Accounting!

Outside of work, Maribel loves going to Disneyland and baseball games, so she and her family can’t wait to go back to those two, especially Padres baseball games! Maribel grew up in a very close-knit family, which she has continued into her own family. She has two children, a 21-year-old daughter and a 17-year-old son. Her son has played baseball since he was 7 years old in little league, travel baseball teams and high school varsity. Maribel enjoys volunteering and she helped run the snack bar at her son’s high school baseball games. Maribel's daughter is attending college majoring in Sociology and enjoys playing soccer.

Maribel loves working together with her clients and accomplishing a task that helps them move their business forward.  Whether it’s reviewing timely financials, creating a budget, or forecast, or cash flow forecast, her clients are very appreciative of the work and time.  It’s what makes her smile every day!

Ashley Jajtner serves as a Consulting Director of Accounting; She started at Optima in November...